photo credit: labspaces.net Every moment of every workday is spent in an optimized fervor […] 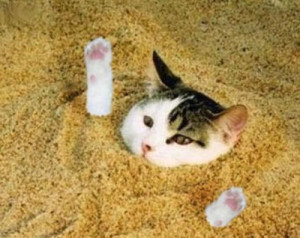 Every moment of every workday is spent in an optimized fervor of productivity. You get more done than you dreamed possible. Your employees are energetic, enthusiastic, and consistently on time with their projects. You hear the glorious bells of prosperity ringing….oh, wait. That’s your alarm clock.

If the above sounds like nothing but a dream, maybe your small business’s life hacks need a once (or twice) over.  Sometimes a fresh approach to a tired task can completely revamp your work environment. Not all life hacks are right for every small business, and not every employee will respond to certain tips and tricks in the same manner. If you’re anything less than totally satisfied with your company’s productivity and organization, try the following life hacks experiments:

How many projects, goals or tasks are you juggling at any one time? While “a zillion” might be your initial response, think about it – how many things are you actually doing during a given week? Another way to ask this is how many actions are you tracking? Actions might include daily tasks, large projects, or a particular client’s needs.

1. Give yourself (and your employees) a list of 25 items. These could be anything from a grocery list to a list of your favorite ‘90s television shows. Set the timer on your phone for two minutes.

2. Instruct your employees or coworkers to study the list for two minutes, without telling them why.

3. After two minutes are up, have each person flip their list over. Ask them to write down as many items from the list as they can in one minute.

4. Minute’s up! How’d you do? Have each employee total the number of items they got right. THAT NUMBER is the number of tasks that person is capable of handling at one time.

“But Barbara only remembered four items!”

Guess what, friend? The reason Barbara hasn’t been doing so hot lately is because you’ve asked her to handle 12 things when her brain is only capable of doing four things at a time.

Check out everyone’s numbers, and reassign tasks based on who can handle what. The quality of everyone’s work will increase exponentially once they’ve been given a workload that is tailored to their own capabilities and limits. Life hacks work best when they can be applied to an individual’s strengths and weaknesses.

You get to the office early because you’re swamped. You need at least an hour to catch up on everything you have to do, and you want to do it before Larry gets in, because once Larry gets in you’re going to have to…dang. Larry had the same idea. So much for playing catch up!

Everyone needs time to catch up, but no one seems to get it unless they stay super late (which makes them start resenting their job, decreasing productivity). Life hacks usually help us get more done, and get more done faster. But what if we’re not ready to get more done, because we haven’t even finished what we started?

This week, implement the Catch Up Experiment. Give yourself and your employees one hour – during regular work hours – to truly play catch up.

This hour can be first thing in the morning, say, from 9am to 10am. It could also be broken up into half hours, from 9am to 9:30am and again from 4:30 to 5:00pm. Make it clear that this doesn’t mean everyone is free to get coffee or leave early. You’re giving them time to finish the things they never have time for.

Catch Up time falls under the realm of counter-intuitive life hacks. Many of the things you need to catch up on may require the assistance of your coworkers. But during catch up time, no one is allowed to call, email, or even speak to each other. It’s a quiet time without any interruptions, at least not from each other.

For employees whose job it is to answer phones and deal with customers, you might assign someone else to their tasks while they have a chance to catch up on their work. You could also communicate to customers that your office now opening at 10am, so everyone has a chance to start the day fresh.

Do less to do more, and watch everyone’s quality of work and morale increase tenfold.