Menu
Around The Box
2 min read

With Affiliate Summit East Kicking off tomorrow in Philadelphia, it is my pleasure to share with you all a quick interview that our former VP of Marketing Corey Post was able to have with the co-founder of the conference, Shawn Collins. 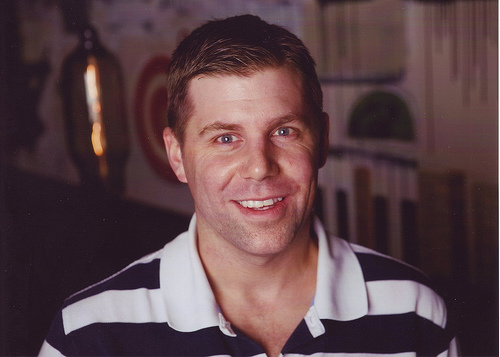 With Affiliate Summit East Kicking off tomorrow in Philadelphia, it is my pleasure to share with you all a quick interview our former VP of Marketing Corey Post  recently had with conference co-founder, Shawn Collins. Aside from running the Affiliate Summit Conferences, Shawn is also the Co-Editor-in-Chief of FeedFront Magazine, Founder of GeekCast.fm, best-selling author and owner of the Affiliate Tip blog.

Shoeboxed: Why did you and Missy Ward decide to start Affiliate Summit?  How did you come up with the idea?

Shawn: Back in 2003, we were fresh off attending a conference called Affiliate Force, which we volunteered to help with. There were lots of aspects that we thought could be improved, so we shared our thoughts with the organizer. He didn’t like our ideas, so we decided to partner up and try out those ideas ourselves.

Shoeboxed: Who should attend the upcoming Affiliate Summit East in Philadelphia and why should they do so?

Shawn: Attendees at Affiliate Summit events typically break out into five main categories: agencies, affiliates, merchants, networks, and vendors. So really the conference and tradeshow is for anybody involved in affiliate marketing, as well as those interested in breaking in to it.

Shoeboxed: What first attracted you to affiliate marketing?

Shawn: I was newly married and had just gotten my first house back in 1997. Money was tight and I was under-employed. I stumbled across the Amazon affiliate program, though I can’t remember where at this point, and started building sites.

Shoeboxed: If you could give one piece of advice to someone starting out in affiliate marketing in 2013, what would it be?

Shawn: Focus on an area that you’re passionate about – don’t chase trends.

Shoeboxed: How have the topics at Affiliate Summit changed since its founding in 2003?

Shawn: The topics we feature are a reflection of the industry. We’ve had the attendees vote on the sessions we feature for years, so that we have an agenda packed with the topics they want to see.

Shoeboxed: What are your thoughts on the latest proposed affiliate regulations like the Marketplace Fairness Act?  How would they affect our industry?

Shawn: I am never a big fan of more regulations or taxes, but if the federal solution will eliminate the problems at the state level in many states, where affiliates have been dropped from programs, then I am all for it.

If you will be attending Affiliate Summit this week please drop Mike a line so he can meet up with you!