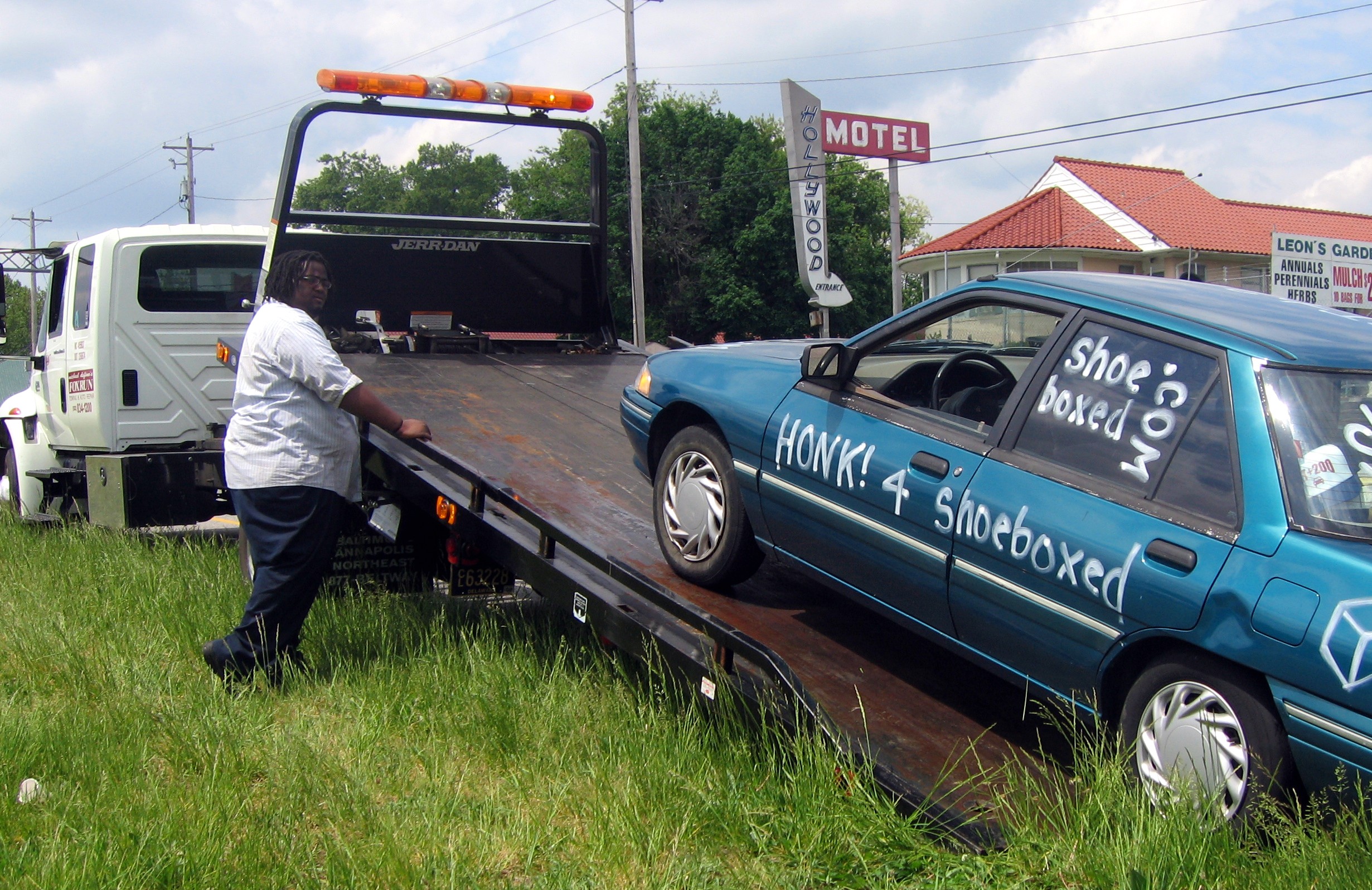 I hope you’re sitting down. The car… she’s…gone. The Tracer died a peaceful death on the streets of Delaware (which coincidently is where we’re incorporated!). She went to sleep and just never woke up. But it was for the best. With all the cars dying fiery deaths these days, we should be happy that it was quick and painless. I’m happy to report that Taylor and friends are still alive, and are currently riding a tow truck to Philly where they will say their goodbyes the shoeboxed car and continue on to New York.

Taylor’s about to embark on a tour of the United States following his graduation. I don’t know what scares me more–the vehicle they plan to drive thousands of miles, or the drivers who plan to operate it. I don’t have a lot of good things to say about their recently purchased 1993 Mercury Tracer other than that it has a tremendous amount of “character”. I’ve only ridden in it once, and we later realized that the whole time we were driving with the emergency brake on. As soon as I found that out, I felt some sense of relief and thought, “Well that might explain the screeching sound coming from the back tire…” Turns out it didn’t explain anything. The car’s just a piece of junk. Whatever the case may be, the car is covered in shoeboxed.com advertising! Honk if you pass them!

Shoeboxed is officially incorporated in the beautiful and sunny state of Delaware! Not only has this been a huge day in the history of shoeboxed.com, but it reminded me that the state of Delaware exists in the first place (Dela-where?!).