Shoeboxed has returned to its roots, at least for a couple of days.

Taylor and Tobi had some meetings in Frankfurt this week, and were able to snap some shots of their trip. I’m their lackey today back in Durham, just forwarding along their adventures. When you’re in Frankfurt, you don’t have time to blog. 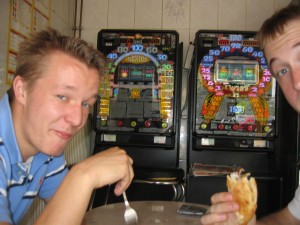 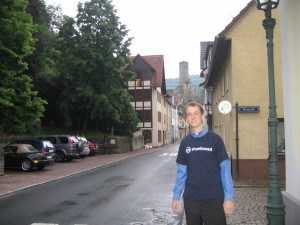 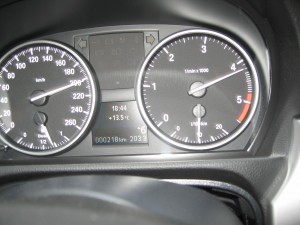 If you haven’t been following our history for very long, you might not know  that although Shoeboxed was founded here in North Carolina, we developed the final versions our software and business model while living in Berlin during the summer of 2007. We’ve got a bunch of German-speakers on the team (not to mention a German), so we don’t really mind hopping over the Pond to spend a few days in the Vaterland.

We have received generous seed capital from well known German entrepreneurs and have many friends and advisors from the burgeoning German start-up scene.

Though we have strong ties to Germany, we’re still scanning your receipts from North Carolina in the old US of A and still base our entire operation out of our Durham office, near Duke University.

This morning, two bloggers from rebell.tv visited the Shoeboxed team to document the life of an American startup in Berlin. Armed with their video camera and camera phone, they talked briefly with Taylor about his decision to start shoeboxed.com and to move the whole team to Berlin for the summer. The video will be featured on rocketboom.com August 3rd. In the meantime, they’ve posted a photo from their visit on the rebell.tv blog. Click here to check it out!

Wednesday was an exciting day for us, as Zitty Magazine, a publication focusing on the city of Berlin, featured the Shoeboxed team in its latest edition.

Once we confirmed that we had made it in to this edition, Taylor and I went down the street to a place that sells magazines and bought all the Zittys. I made Taylor translate it right there in front of the store as passersby gave us some weird looks. Giddy Americans frantically translating a magazine that shouldn’t be that exciting.

Anyway, we are really happy with the story that Christoph Koch wrote about us. He was very interested in the fact that American students chose to come to Berlin instead of taking consulting internships in the States, which pay a lot more than they do in Germany.

He also focused a lot on describing the apartment where we live, and how we have so many people here. And even though our apartment can get messy sometimes, Christoph said that we are probably the most productive apartment in the city.  I wouldn’t argue with that.

I’ll keep you updated on our press coverage, so you can see how journalists are reacting to our idea and team.