What is international transfer pricing?

In other words, they strategically place operations in low tax-rate countries.

What are the benefits of international transfer pricing?

When a company is able to provide accurate transfer pricing documents, it is eligible for a number of tax breaks that allow it to avoid paying taxes in many countries.

By sending goods to nations with high tariff rates and employing low transfer charges, transfer pricing helps to reduce duty expenses by lowering the duty base of such transactions.

Transfer pricing ensures profits for products and services in many countries with a lower tax rate.

A transfer pricing document serves as a foundation for calculating the entire cost of association between two organizations, which aids in the avoidance or reduction of tax liability.

In international trade, duty costs are a significant challenge. You will have to deal with such costs on a regular basis if you run a worldwide corporation.

Organizations can also significantly cut their income taxes in nations with high tax rates. This is accomplished by overpricing the items being exported to countries with lower tax rates.

As a result, overall profits are balanced, and enterprises can make more money.

What are the risks involved in international transfer pricing?

According to the Corporate Finance Institute, Google can be a good case study of how a big corporation employs the international transfer pricing strategy.

What is tax inversion?

Another strategy that corporations can use to decrease the tax rate is to move their legal headquarters to a location with lower tax rates.

What are the benefits of tax inversions?

What are the risks involved in tax inversions?

You need to work with tax and legal consultants who have completed inversions in the country where you seek to re-incorporate. Tax inversion isn’t a “do-it-yourself” undertaking.

2. The danger to shareholders.

It’s also crucial to consider any potential tax implications for your stockholders. You’ll be trading shares in the old firm for shares in the new one when you incorporate. Shareholders may face severe tax repercussions if it is not correctly constituted.

3. The danger of making the front page.

In addition, tax inversions aren’t widely discussed in the media. Despite being fully legal, opponents contend that the practice is unpatriotic and unfair. While it’s doubtful that Congress will adopt new legislation prohibiting tax inversions anytime soon, the U.S. Treasury Department is considering what steps it may take to discourage them further in light of recent media attention.

According to the American For Tax Fairness Organization, Walgreens, which had $72 billion in U.S. sales in 2014, inverts with a Swiss corporation and will likely save $4 billion in U.S. income taxes over the next five years. If Pfizer was successful in its attempt at an inversion with AstraZeneca in the UK, it would have saved $1 billion a year in taxes in the US.

This is entirely up to national governments to decide.

One example of the relationship between the government and corporations regarding the tax inversions is the U.S. government’s policy on reporting income arising from intellectual property.

Read more on our blogs if you are interested in:

Shoeboxed is a receipt management application that turns your receipts and business documents into a digital format in just one click by taking a picture straight from your smartphone or scanning a pdf. It automatically extracts, categorizes, and human-verifies essential data from your receipts so that you can go over and check your records anytime with ease. Shoeboxed ensures you will always have your tickets securely stored and ready for tax purposes. 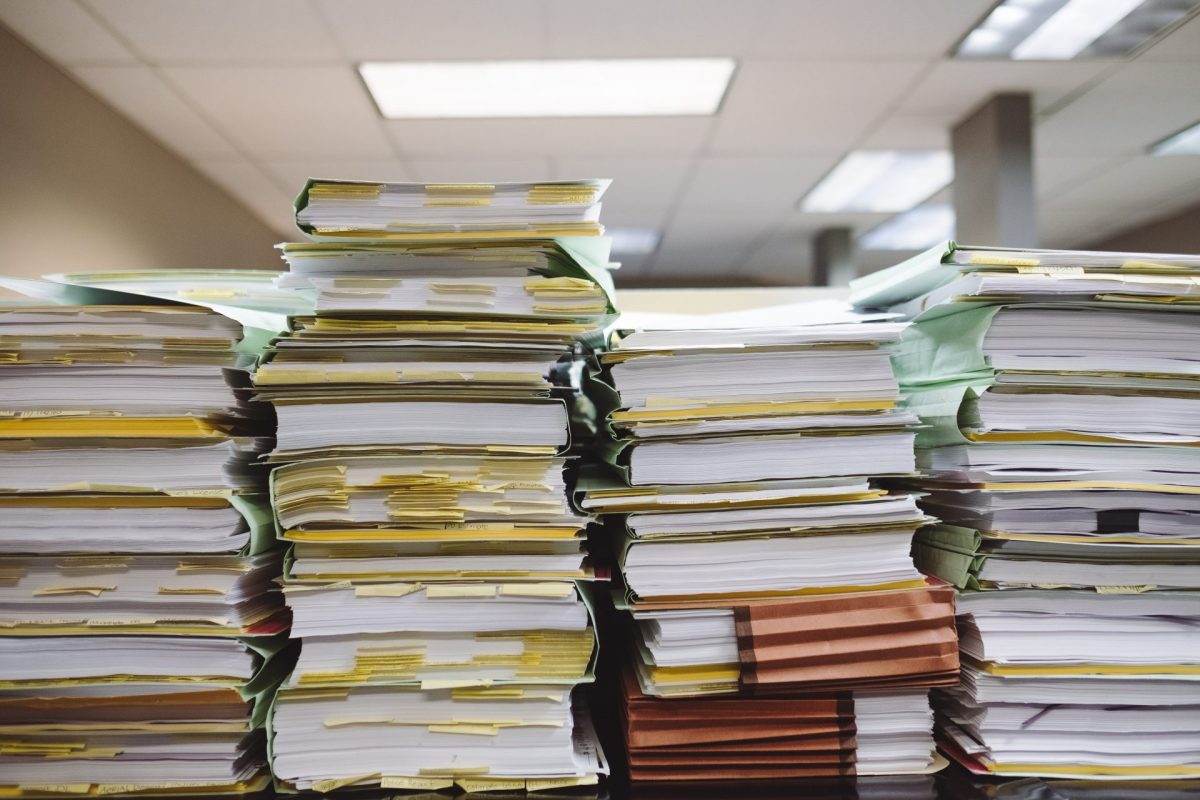 Every business strives to maintain accounting accuracy, simply because without the critical information extracted from an accurate accounting system, your business wouldn’t be able to function efficiently or grow in the right direction.

So, how can you ensure accounting accuracy for your business?

What are accounting errors?

Accounting errors usually refer to unintentional mistakes made when recording or posting entries.

Since it’s not done on purpose, accounting errors differ from accounting fraud.

The four most common types of accounting errors

Below are the most common accounting errors that you might encounter during the bookkeeping process:

An error of original entry happens when an incorrect number is posted to the correct account.

Example: The correct figure of the transaction is $1000, but you enter $100 into the books.

When a transaction is completely or partially omitted from the accounts, it is called an omission error.

Example: You bought a new desk for the office, but you lost its receipt. At the end of the day, you go through the pile of receipts to enter records to the books—and you completely omit the desk purchase.

This kind of accounting error arises when you enter the correct amount to the correct accounts, but the account that should have been debited is credited or vice versa.

This error happens when you fail to comply with an accounting principle. This typically arises when you enter the correct figures to the wrong accounts.

Example: A building purchase is posted as a revenue expenditure while it should have been recorded as a capital expenditure.

How to detect and prevent accounting errors

To catch all the errors and maintain your business’s accounting accuracy, you should regularly perform bank reconciliations and scan your trial balance. During these processes, you will be able to spot the mismatched figures and make immediate corrections.

Though you can’t guarantee complete freedom from accounting errors by carrying out the above, they will definitely enhance your internal control and systemize your accounting process, making it easier for you to track errors and fix them.

Shoeboxed is an online application that can transform your receipts and documents into a digital format in just a click. With Shoeboxed, you’re assured of having every audit trail stored securely and ready whenever you want to check your accounting records. 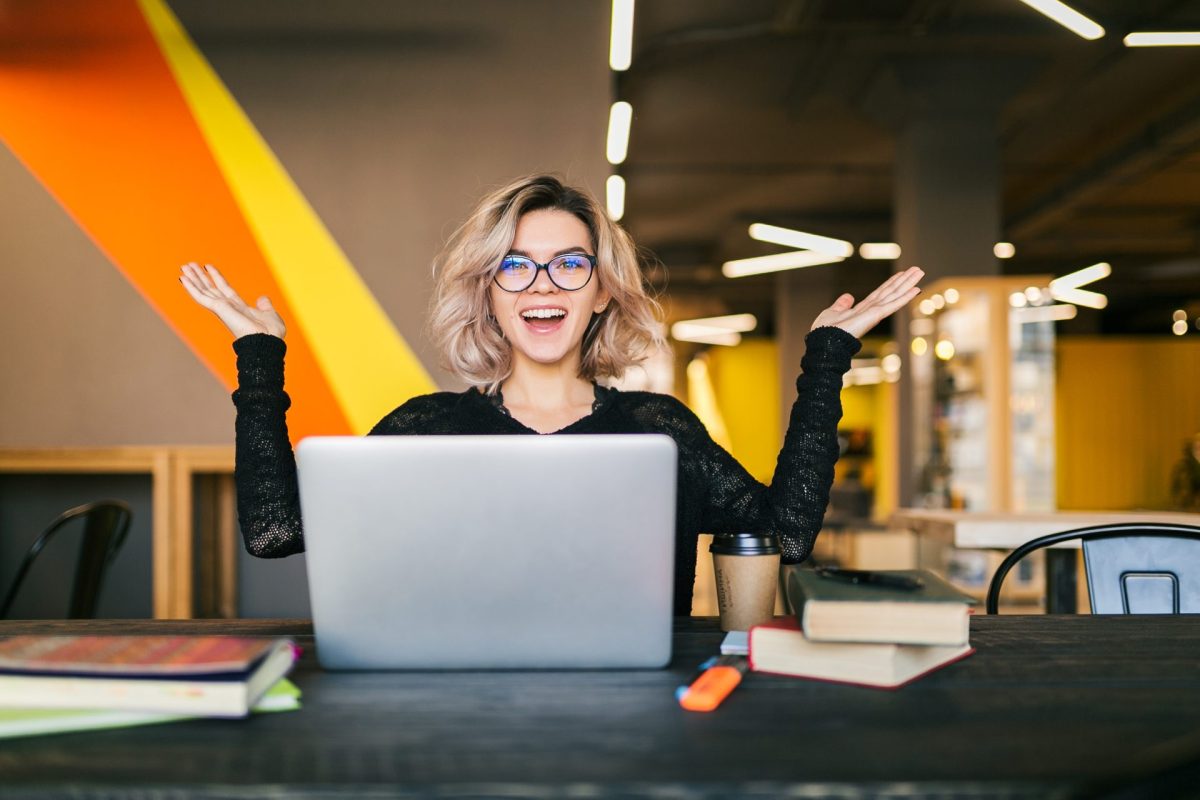 If you’re a freelance writer, accountant, translator, or consultant, you’ll likely do your own bookkeeping. Though bookkeeping for freelancers is crucial for a freelance business, keeping an accurate log of your clients and business cash flow isn’t always easy.

If you’re struggling to keep up with your financing, check this article for the four proven best bookkeeping practices for freelancers!

Keep track of your records

Staying on top of your bookkeeping is critical to filing your taxes. Besides staying organized, you also need to keep track of some essential information, documents, and expenses for tax seasons, including:

In most states, freelancers are required to keep business financial documentation for up to six years for tax purposes. It’s a good practice to keep your documentation and data well organized and safely preserved, regardless of where you work or how much money you make.

Try to incorporate a coherent archiving system that allows you to access your financial data like bills, receipts, and notes quickly and efficiently. You never know when you’ll need to find some random document from the past!

You can also check out our step-by-step guide on filing taxes as an independent contractor to get yourself ready for tax season.

Separate your personal and business expenses

It might be difficult to keep your personal and company finances separate as a freelancer. Most freelancers will likely pay their business expenses with their personal money. However, this immediate benefit will lead to a huge hassle to sort through and separate personal and business expenses. It can also be an extra cost if you hire an accountant or bookkeeper to do it for you.

You should open up a business-only bank account as soon as you start your freelance business. It doesn’t necessarily need to be a business account. A second bank account would be sufficient when you’re just getting started.

This separation in your finances helps you better visualize where your money is going and coming from, making your tax preparation and cash flow analysis considerably more precise. This simple practice also helps you avoid financial problems in the future and determine which expenses are necessary for your work.

A freelancer is likely to work with many projects and clients, meaning that your payment depends on your clients’ schedules.

Staying on top of your income may be difficult when you’re waiting to be paid. Since your clients likely focus on their business and forget upcoming bill dates, you may receive your payments later than expected. These overdue payments can affect your cash flow and planned income.

A solution to this is to send out invoices with clear due dates and set up automatic reminders for payments and overdue payments. A little effort can go a long way in helping you receive your payments on time.

Filing taxes can be a challenge for a freelancer, especially when you need to handle all of your business’s aspects.

Before you file your tax returns, think about your business structure. As a freelancer, your business is most likely a sole proprietorship. In this case, you pay your business taxes on your tax return by filing a Schedule C form with your Form 1040 Individual tax return. On the other hand, if you’re in a partnership or have formed an LLC (limited liability company), you can consider hiring a tax professional or using accounting software. And Shoeboxed can help you with that!

By incorporating some of the helpful best bookkeeping practices for freelancers outlined in this article, you can streamline your financial record-keeping, spend more time on your business’s core tasks and bring the best services to your clients. If you’d like to discover more helpful accounting and bookkeeping knowledge, tax tips, and engaging entrepreneur stories, don’t forget to subscribe to the Shoeboxed blog!
Access your Shoeboxed account from your web browser or smartphone app. Stay audit-ready with Shoeboxed for FREE now!