Menu
Around The Box
3 min read 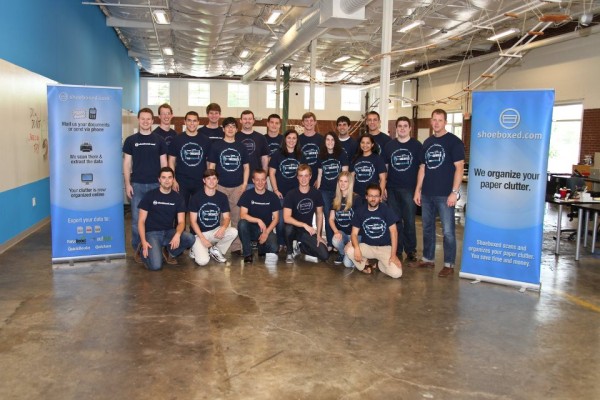 It’s time for everyone’s favorite monthly feature: The Shoeboxed Team Spotlight! Each month we interview a member of the team so you can get to know the people helping you get organized.

This month the spotlight is on Rolf Garcia-Gallont, our Business Development Manager. Rolf works with our partners to ensure we’re bringing you the most helpful integrations and resources, as well as works with the marketing team on special projects. Read more to find out more about Rolf, our resident multilingual translator and family man.

Shoeboxed: So, Rolf. Tell us a little about yourself!

Rolf: I was born and raised in Guatemala, and came to North Carolina for the first time in 2002 for college. I grew up speaking Spanish and German at home, learned English and French in school, and like to pretend that I  speak Italian. I met my wife in NC, and after three years of living in Guatemala, we moved back stateside after our son Alexander was born.

SBX: How did you come to join Shoeboxed?

Rolf: Taylor and I were friends in college – we met while studying abroad in Berlin. I graduated the year before he started Shoeboxed in his dorm room, and a few months later I joined the team as our first COO. I think Taylor just needed someone he could trust with the money and people side of things so he could focus on building the technical side initially.

SBX: So, what exactly do you do around here every day? 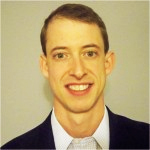 Rolf: After a three-year hiatus back in Guatemala, I came back in a combination business development/marketing role. I work closely with our partners to make sure that we are creating valuable integrations and resources for our users, and also lead some marketing projects to bring Shoeboxed to our customers where and how they need it most.

SBX: What’s your favorite part of working at Shoeboxed?

Rolf: After working a long, hard day with everyone at Shoeboxed, I still want to go grab beers with the people I work with, and we have non-work interests to talk about. I really consider the people at Shoeboxed my friends.

SBX:  We are certainly fortunate to have such an awesome team. Now here’s a tricky task: describe yourself in three words.

SBX: When you’re not working, what would we find you doing?

and hiking), catching a Durham Bulls game, and trying to make time to read.

SBX: Okay, here’s another tough one: give us one tip for staying organized!

Rolf: Find a system and stick to it. I use my smartphone to capture “stuff” (to-dos, documents, websites, calendar events, etc.) and it syncs with every other piece of my life. I share items with my wife, coworkers, even family in Guatemala. And if someone needs to remind me of something, syncing it to my phone guarantees at least I will have an alert– I might miss it anyways, but it will be by choice. The “stick to it” part is important too, because the more behind you get the harder it is to catch up again.

SBX: All of us love our location in downtown Durham. What’s your favorite part of living here?

Rolf: I love Durham because it is constantly changing for the better. When I came to Duke as a freshman, students barely ventured more than 1-2 blocks away from East Campus. Then, in the early years of Shoeboxed, we moved our office downtown, and all these cool bars and restaurants started popping up around us (Toast, Pinhook, Beyu Cafe, etc.). Now the “revived” downtown keeps stretching eastward, as far as Golden Belt and beyond. We Durhamites are proud of our city, and like to be a part of making it better. Also, having three world-class universities so close together makes for interesting concerts, lectures, exhibits and neighbors. 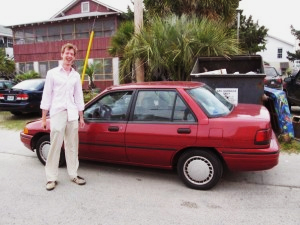 SBX: Another tough one: What’s the best purchase you’ve ever made?

Rolf: A 1993 Ford Escort I bought on Craigslist. After my college graduation, I drove that car to California with a few of my best friends, and actually sold it for a profit! We still tell stories about that trip…

SBX: And for your parting words, give us your six-word memoir.

SBX: Thanks for chatting with us, Rolf! Stay tuned next month for an interview with another awesome Shoeboxed team member.