photo credit: firstshowing.net Team Shoeboxed was really surprised over the weekend when we realized […] 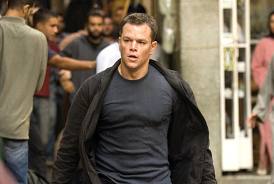 Team Shoeboxed was really surprised over the weekend when we realized that one of our newer accounts belonged to none other than the absentee star of the latest installment in the Bourne trilogy, The Bourne Legacy. That’s right – the account belongs to Mr. Jason Bourne himself. Now we all know that Bourne has been so incognito lately that he could barely afford to make an appearance in his latest film, opting instead to (and this is just our theory) work behind the scenes, pulling Jeremy Renner’s proverbial puppet strings. The hero’s reemergence has less to do with the CIA, however, and more to do with a personal problem: Bourne’s been having trouble tracking his business expenses.

Four films and several years later, Bourne has dissociated himself with Treadstone, and funds from his former glory days are running low. Whereas before, he was not responsible for tracking his expenditures, now Bourne must pinch every penny as he attempts to stay below the radar. His typical business expenses include multiple international flights per month, a different hotel room every night, and wining and dining his lovely wife, Franka Potente (c’mon, you didn’t think she was really dead, did you?) With so much on the line, especially a rep to protect, we knew that Bourne would benefit from a Shoeboxed.com account.

To help Jason Bourne keep track of his business expenses, we first had him download our smartphone app to all of his different phones (he has, like, six or seven). We then created separate Shoeboxed accounts for each of Bourne’s different identities. This way, if he’s using his German passport, he can track those business expenses to the Shoeboxed account associated with Klaus Wiener Schnitzel. If he’s traveling in Russia, he uploads his e-receipts directly to his VladimirScheglov account. Bourne doesn’t have time to worry about organizing all of his different business expenses and making sure they’re ready for his (top secret) tax guy. When he’s busy trying not to get killed, Team Shoeboxed is toiling away, verifying data, organizing receipts, and basically acting as a personal assistant to the coolest action star ever.

We can’t exactly reveal where most of Bourne’s scanned receipts have been coming from, but suffice it to say that this dude is on the move. Ever since Shoeboxed starting keeping track of his business expenses, Jason Bourne has had more time to focus on the things that matter most – killing bad guys (but only when it’s absolutely necessary), looking at Franka with smoldering eyes, trying to remember stuff about his past, and making Jeremy Renner worry about his job security. If Shoeboxed can help the best hit man in the world stay organized, just think of what an account could do for you!

What’s your favorite movie in the Bourne series?

Was Jeremy Renner a good replacement for Matt Damon?

What was the most exciting business expense you’ve ever reported?